Recital and a show of scores by the two nineteenth century danish composers Henrik Rung and Søffren Degen.

This year he entertained the Queen of denmark with a solo performance on Her Majesty’s birthday.

During his twenty-year international career, he has achieved great success and recognition for his amazing musicality and his fine guitar playing.

An invitation to give a recital at the Moscow Conservatory, gave Jens international prestige that started an extensive international career. Jens has recently toured China, Japan and the United States. In the U.S. Jens  has lectured at the Manhattan School of Music in New York.

Jens Bang-Rasmussen is considered a most distinguished interpreter of music from the nineteenth century Nordic tradition. He has per­formed this music worldwide.

Jens Bang Rasmussen has recorded solo-, chamber works and songs by Henrik Rung with outstanding Danish artists. The CD was sold down in 3 months (Classico. DK)

His second CD Romantic Guitar Sonatas was appointed CD of the week in Danish National Radio.

He has worked with outstanding musicians from Julliard School of Music, Krakow Philharmonic Orchestra, Sofia Soloists, The Royal Philharmonic orchestra in Copenhagen and The Radio Orchestra of Copenhagen.

Appears regularly on TV, in radio and major newspapers

He has received awards from the Fulbright Commission, the Denmark American Foundation, the Danish State Music Council, the Højsgaard Foundation, the Royal Academy of Music in Copenhagen, the Elli and Ove Christensens Award and the Jacob Gade’s Award.

Dr. Brian Jeffery invited him to publish on Tecla Editions

Tour to Canada, Malaysia and Australia 2007

translate to any language 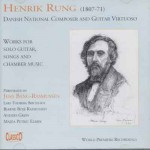 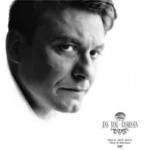 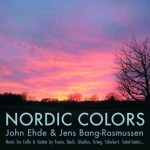 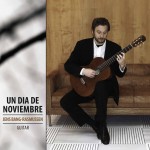